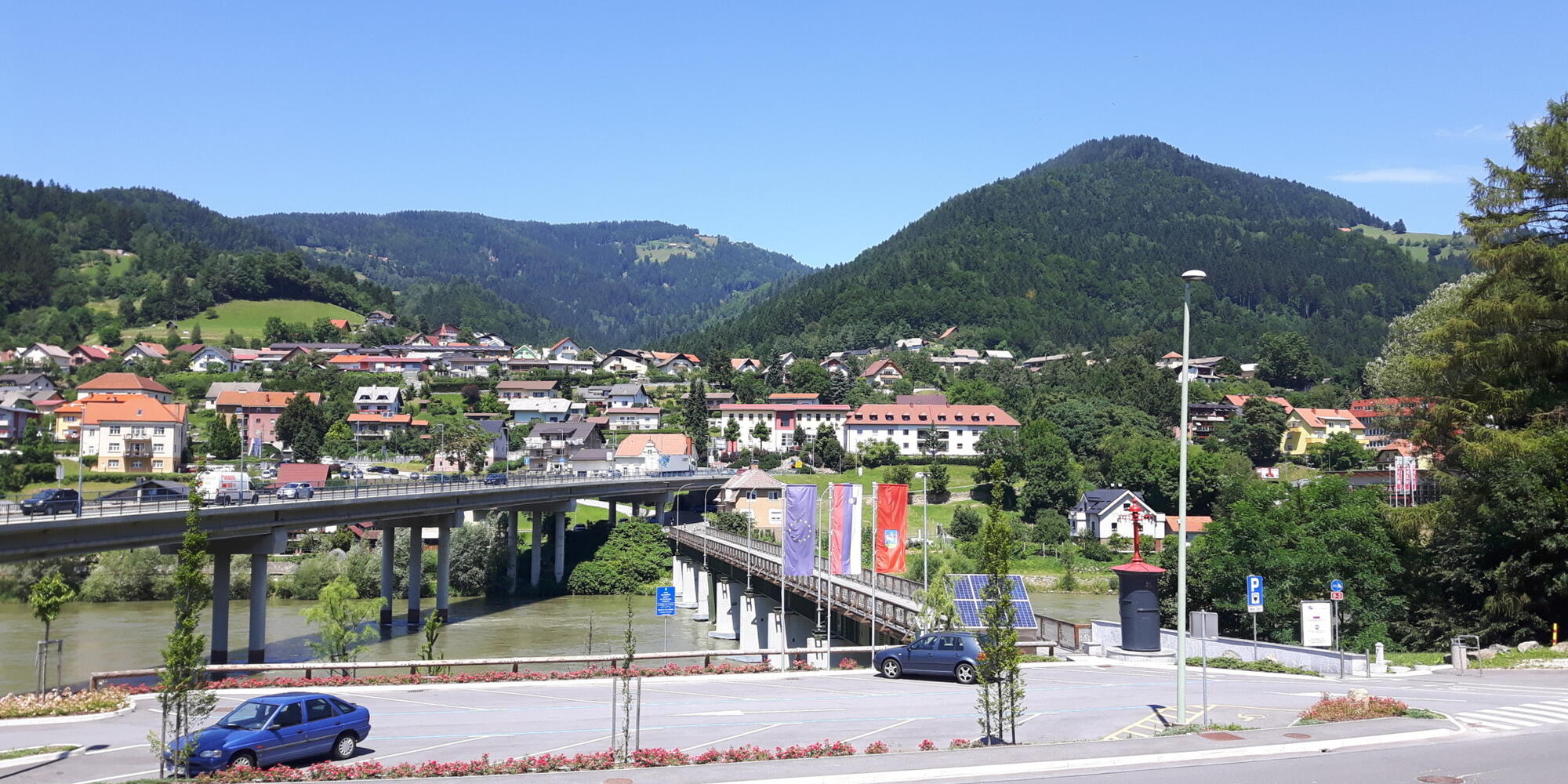 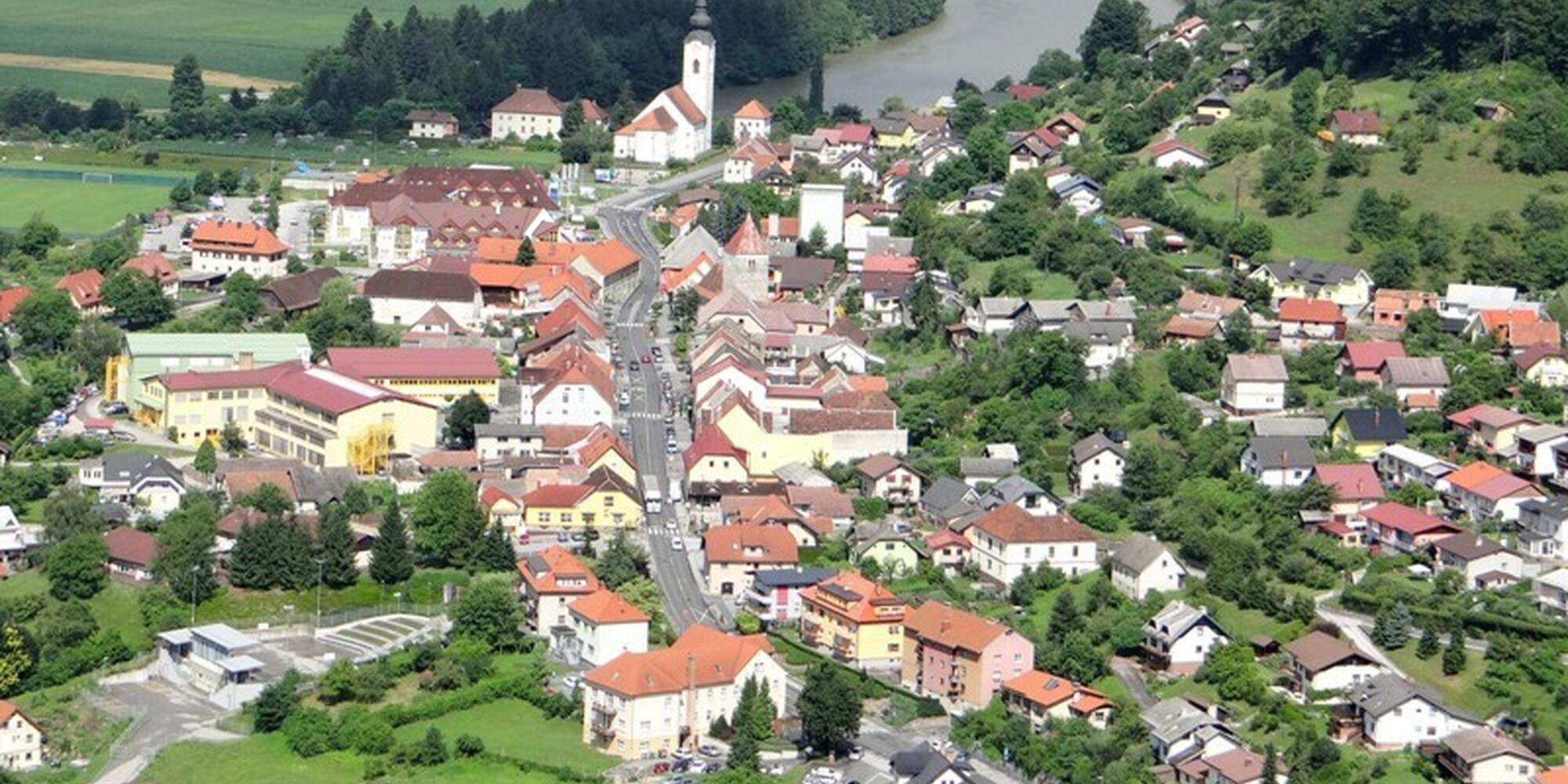 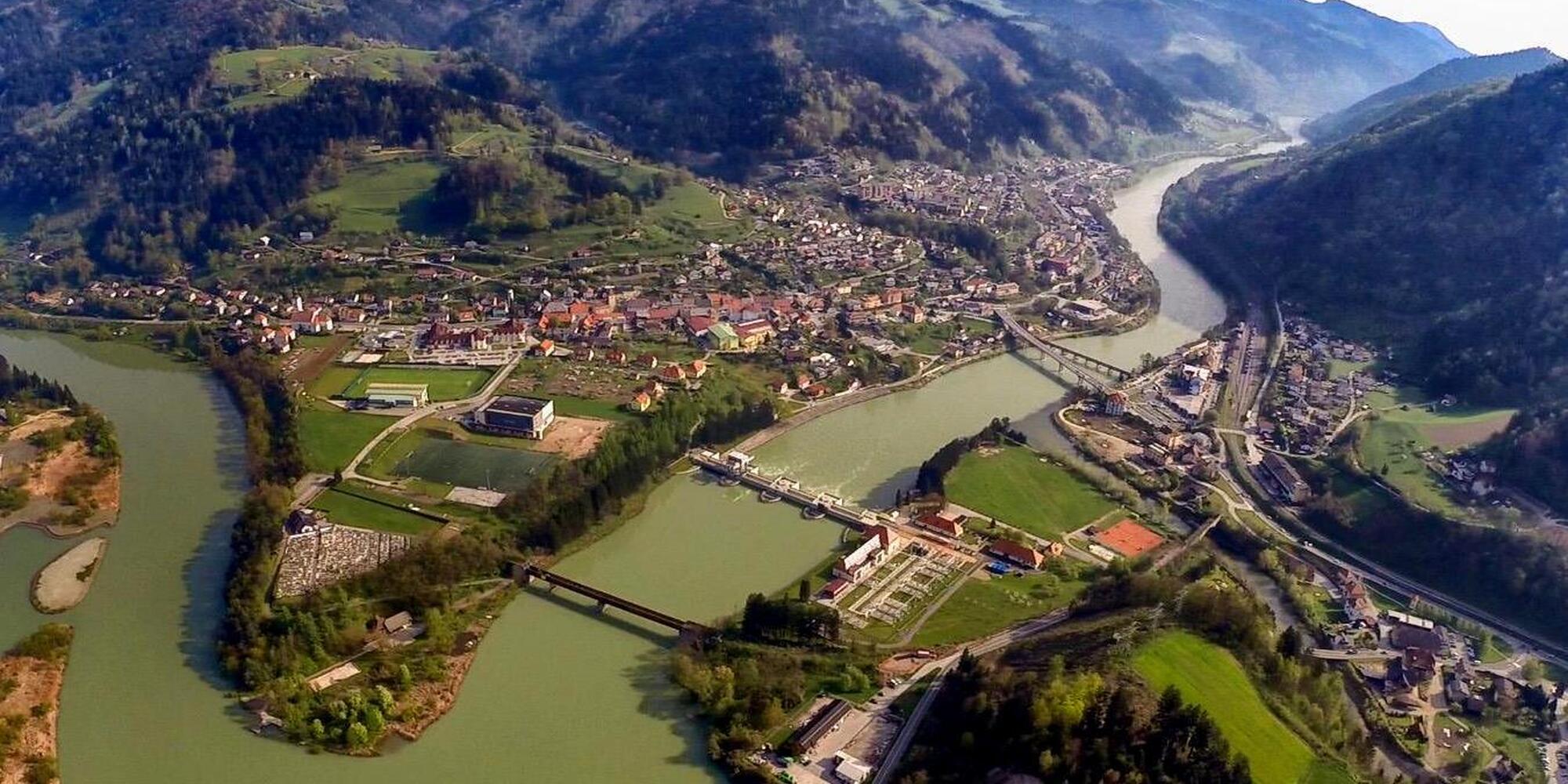 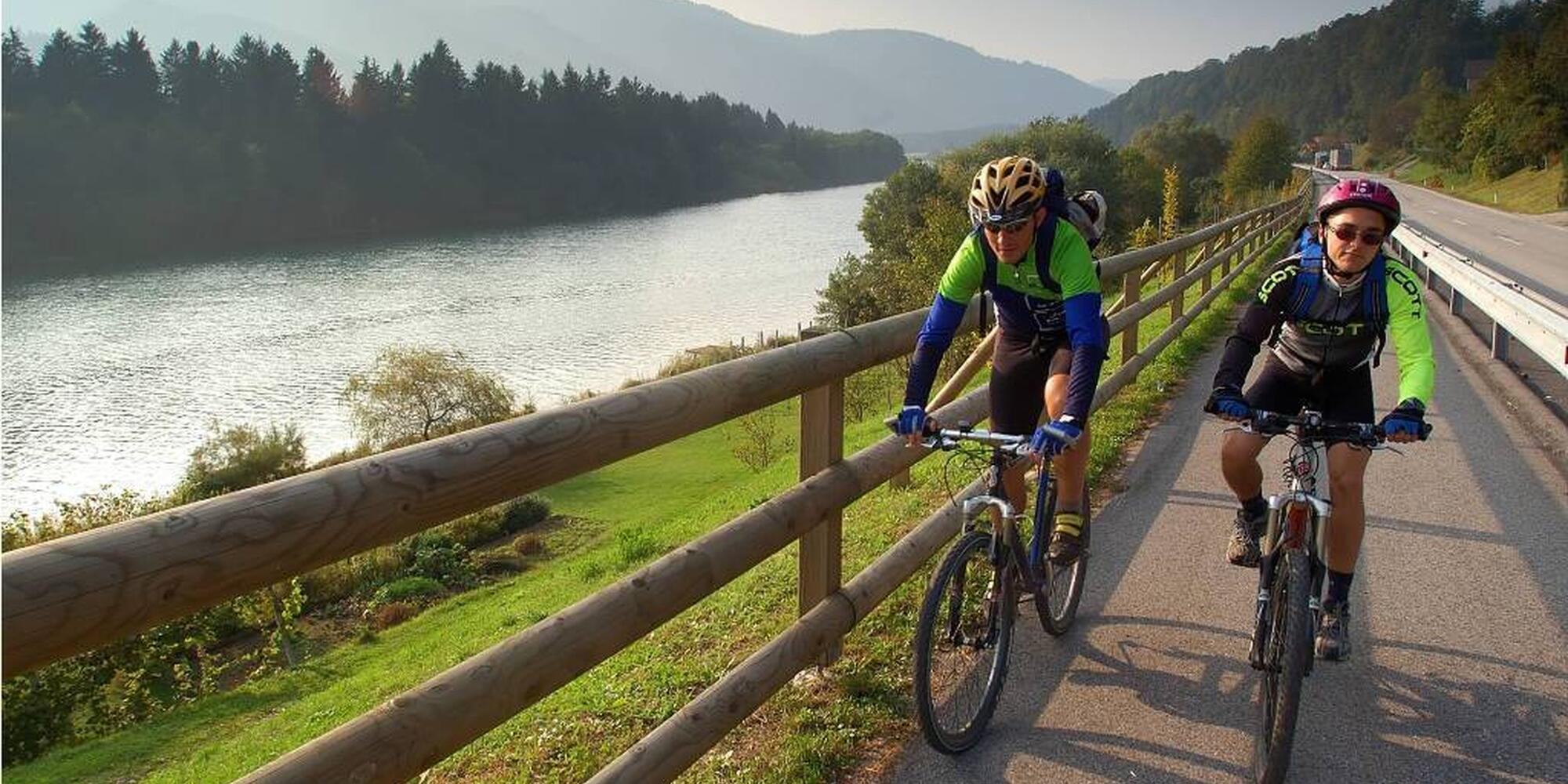 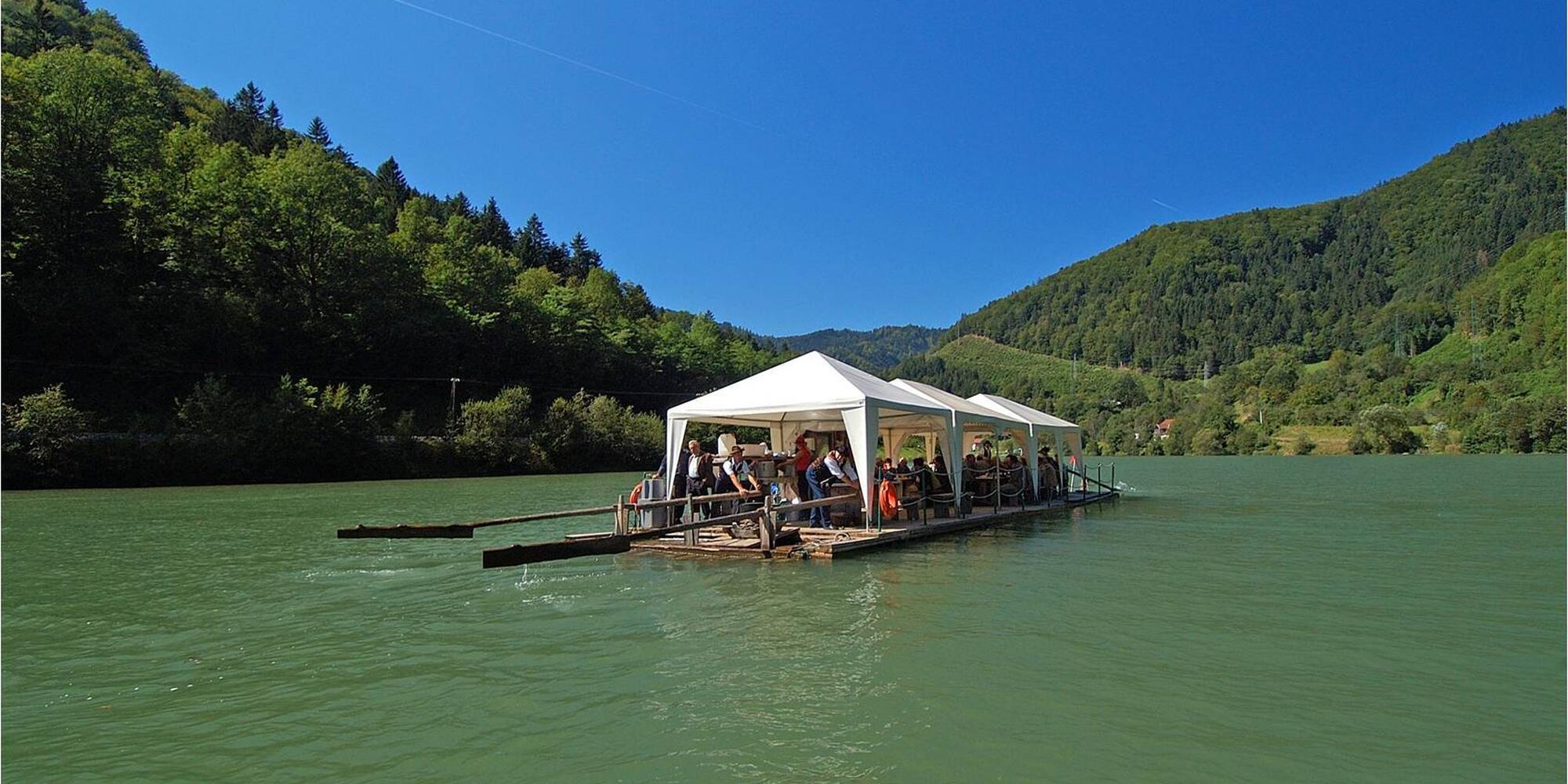 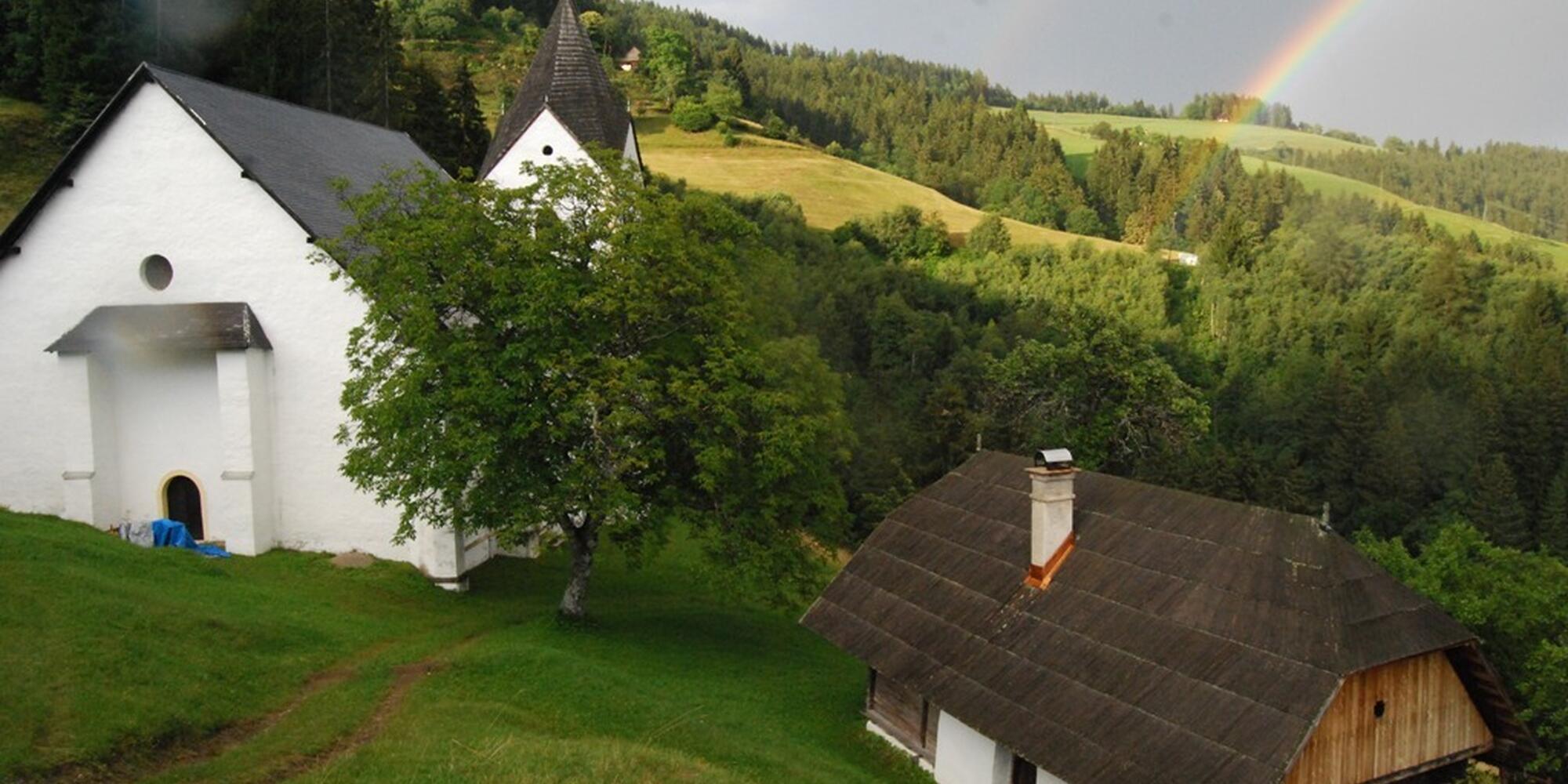 In the heart of Koroška, next to the border with Austria, you can find Dravograd, a community of 105 km2 with 9000 inhabitants. At the confluence of the three rivers of Koroška Drava, Meža and Mislinja surrounded by hillsides overgrown with forests lies the crossroad of ancient and new paths of Dravograd. The roots of the town which began to take the shape it has today in the 12th century, thanks to its happily situated traffic location have been noticed even in the antiquity period. The well preserved town centre underneath the castle ruins bears witness to the important medieval role the town had once upon a time. It is enriched by the Roman church of St. Vid (Sveti Vid). Life in the Northeast of Slovenia, bordering on the neighbouring Austria between the untouched mountain chains of Kozjak, Pohorje and Strojna is marked by rivers and the bridges and the banks they connect between them. There are many interesting trails. They lead through the valleys, over the mountain lands and they are the very reason for Dravograd's existence and development and a tool for locals to create a colourful history filled with tradition inspired by the gifts of nature. The development of cycling paths in the region has been coming back to life in the connection with the European cycling network.

The Bukovje Mansion lies in a beautiful natural environment, in the embrace of trees, nearby forests and the river Drava. The mansion is part of the former Bukovje noble estate, which also included the castle of Pukštajn, after which the area was named (Puchenstein), and the chapel of the Mother of the Seven. The chapel is the entrance point to the Bukovje estate, with the park beginning a few hundred meters behind. The park ends with the mansion, above which the ruins of the old castle Pukštajn rise. The castle holds a permanent exhibition on the Slovenian Independence War of 1991, a private bookshop, and a learning centre with a biodynamic garden.

The ruins of the old castle

Dravograd is first mentioned in written sources from the middle of the 12th century as Traberch. On the hill above it, the Counts of Trušnje built a castle and in the vicinity of the ruins left to the present, a wonderful view of Dravograd and its surroundings unfolds.

In the basement of the municipal building, where the Nazi army Gestapo had its premises and prisons, the heart-breaking period of the Second World War is presented.

Next to the lake, there is a naturalistic collection in the Fishing Hall that represents the living environment of all three rivers of Dravograd - Drava, Meža, and Mislinja.

The specialty of sacral monuments is their honourable age and their multiplicity over the entire area of the municipality. St. Vid in the square is one of the oldest Romanesque preserved churches from the 12th century in Slovenia, with a typical Corinthian eastern belfry. It is the oldest preserved architecture in the city centre.

St. Spirit below Ojstrica is a church from the beginning of the 17th century, the specialty of which is a wooden painted ceiling with typical ornaments that is the largest preserved in Slovenia.

The town lies at the foothills of the Libeliška gora mountain on the Slovenian - Austrian state border. The Corinthian Plebiscite Museum depicts the events on the Corinthian border after the First World War. It is located in the parish, where the public can also view a black kitchen and a former school classroom. The Libelians present their history also through the ethnological collection of farm tools (over 600 examples) and tasks, and are particularly proud of the efforts on the plebiscite, which made it possible for them to join the motherland in 1922, which is a peculiarity in the European history.

At the farm you can familiarize yourself with farm work, the history of hunting, and take a tourist train through the enclosure for farmed game to a biological classroom, where you get acquainted with the diversity of animal species (over 100 different species of stuffed animals).

The Dravograd Lake above the hydroelectric power plant is an ornithological reserve, with over 150 species of birds nesting among the reeds. The area is part of the European Natura 2000 network.

The geological specificity of Dravograd is the mineral dravite, which is a rarity on a global scale. It was found in 1883 in Dobrova and is named after the river Drava.