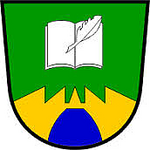 Ruše lies in the north-eastern Slovenia and is categorised in the pre-Alpine foothills region. We know from historical sources that Ruše existed as a settlement in the Celtic and Illyrian period, i.e. around 400 B.C., as evidenced by rich archaeological diggings under the building of the Ruše Volunteer Firemen Society. A graveyard from the Celtic period was discovered, containing around 600 smaller and larger clay containers used for the ashes of the deceased. Ruins of an old Roman fort and a Mithraeum were discovered in the forest below the train station.

Parish church of Mary's name is the central cultural and sacral monument of Ruše and one of the most beautiful Baroque churches in Slovenia. It was built by the St. Paul’s Benedictines in 1387 at the site of the original chapel of 905, which due to the increasingly famous pilgrimage route became too small. To this day, the church has been preserved as a witness of artistic development through different periods (from Roman and Gothic, to Renaissance and Baroque). On its exterior there are visible traces of the Gothic, but when we cross the threshold of the church, the interior glows up in a full Baroque splendour. After the Turkish destruction in 1532, the church was renovated. At the end of the 17th century, four chapels were added and at the beginning of the 18th century, the interior was completely turned into Baroque style. As such it has been preserved to this day and represents an integral monument of the Slovenian Baroque.

The church was built between 1859 and 1861. There is the altar architecture painted in the presbytery, with St. Anthony of Padua and St. Luke depicted next to two pillar, and with the oil painting of the Immaculate in the centre of the painted pedestal. The pulpit also shows the traditions of the Baroque; its entrance to the staircase is decorated with Mary's monogram. There are two statues more to be mentioned - St. John the Evangelist and St. Jacob, which are probably the product of folk carvings of the early 19th century. In 1861 the church was consecrated by Bishop Anton Martin Slomšek.

​The church of St. Areh (Henry)

The church of St. Areh (Henry) was set up on the order of Henrik Rogaški in the middle of the 13th century as a sign of reconciliation with the Benedictines. It is dedicated to the Emperor Henrik II, who ruled from 1002 to 1024 and whom in 1146 Pope Eugene III pronounced a saint. The greatest attraction is Henry 's tomb in the late Roman style situated in the middle of the church, in front of the presbytery and is a proof of the church’s old age. The originally Romanesque church got the present image in the second half of the 17th century, when it was enlarged and renovated.

The Fala Castle was first mentioned in 1245 when the St. Paul’s Benedictine abbots transferred the headquarters of their Drava estate there from Lovrenc on Pohorje. The property went through different hands, and became a truly important cultural centre in 1620, when the University of Vienna pursued the philosophical, theological and economic studies in it. This made the Fala Castle the first higher education institution in Slovenia. After the Second World War, the castle was transformed into a social property, and during this post-war period, most of its rich interior furnishings, together with many valuables, were lost or destroyed by the residents who handled the keys to the castle gate.

In the 17th and 18th centuries there were five glassworks in operation on Ruško Pohorje. The Glasswork by Ruše (Lower Benedikt dol or Vivat Glasswork) was in operation the longest, and was abandoned at the end of the 19th century (1893). Three buildings from the former glasswork are still preserved. At the site where the factory was previously located, there is most likely still a preserved cellar. In addition to the ordinary glass, fine-polished glass, milk and ruby glass, glass ornaments, bottles and glasses with pictures or chemically engraved decorations were made here. The luxury glass was sent to Italy, Greece, Middle East, Egypt and America.

The Glasswork by Ruše is also known for the fact that the famous Maribor pharmacist Franc Minarik was born there. There is a memorial plaque dedicated to him on the former administrative building since his father was the caretaker of the glasswork.

The summer theatre “Pod goroj” is a unique outdoor theatre in Slovenia. It is an amphitheatre, very acoustic, with 800-1000 seats. It lies in the shade of mighty spruce at the foot of Pohorje, not far from the centre of Ruše. It was built in 1931 on the initiative of the local Vekoslav Janko, otherwise the Champion of the Ljubljana Opera. A year later, the first play was performed there - the folk play Wild Hunter by Finžgar.

The natural environment of the summer theatre is to this day almost untouched. The ravages of time really did not spare the weeping willow and some spruce, including the giant linden, the former symbol of folk games. However, the modest chapel and the “Prince’s Stone”, which in the years 1933 and 1938 represented the stage for the performance of Jurčič's Rokovnjači and Sket’s Miklova Zala, still remain. The summer theatre is revived every year at the end of August as the main scene - the main stage – for the Festival Summer Stage of Ruše (FLOR).

The six-grade Latin school was founded in 1645 on the initiative of the local vicar Jurij Kozina. The school experienced a special boom during the time of the directorship of the local priest Luka Jamnik. Thanks to him, on the “Ruše Sunday”, the holiday of the Ruše Parish, theatre plays took place in front of the church in the beginning of September, which signified the beginning of the rich cultural development of Ruše.

The school was invaluable for the town. During the time of its full operation, for 113 years (until 1758) Ruše was a cultural and educational centre far and wide.

Next to the railway line Ruše - Fala, at a 15.3 km milestone, there is a fundamental benchmark with a Latin inscription in the stable gneiss wall. Of all the benchmarks in the former Austria-Hungary, only this one was preserved on the territory of Slovenia. The benchmark was built during the Austro-Hungarian period to determine the altitudes of individual height points (benchmarks). It is still used today to determine the precise altitude and to ascertain the movements of the ground over a longer period of time (over 100 years).

Perpendicularly to the direction of the railway and the Drava River between Ruše and Fala, the remains of “Turkish Wall”, made of broken stone can be found. During the Turkish invasions, the locals resorted to the remnants of the wall. The Drava’s “Kluža” (a defensive wall) was mentioned in historical sources as early as 1147.

The railway viaduct in the western part of Ruše is one of the three preserved objects of this sort on the route of the Corinthian railroad, which was built in 1863. The viaduct with three high, pointed arches is built of large cut granite squares. Due to the typical technique of building bridges in the 19th century and because of the natural material from which it is built, it is classified as a technical monument.

The primeval Šumnik Forest is a strictly protected forest reserve. It covers 15 ha, and nothing in it has ever been cut. It is preserved due to the inaccessible steep slopes of Lobnica. In 1967 it was protected as a forest with a special purpose: as the only Slovenian primeval forest on a silicate basis and one of the rare remains of the natural vegetation of Pohorje. In the primeval forest, in the Lobnica Gorge and along its waterfalls, hikers experience the original mountain wilderness.

Lobnica Stream is one of the larger Pohorje streams. It rises under Klopni vrh near the Fala Lake. From the upper part of the river basin to the river mouth in the Drava River it descends more than 1000 m. Its slope is not steep at the beginning, but then greatly increases in the area where it flows through the primeval forest. There it creates numerous rapids and the Veliki Šumik and Mali Šumik Waterfalls.

Šumik Waterfall is located in the Lobnica Gorge in the protected Šumnik primeval forest. It is 24 meters high and is the largest waterfall on a non-carbonate (non-limy) base in Slovenia. As it is very wide and rich in water and extremely picturesque.

In the past (more than two hundred years ago) the Lobnica Valley was of great importance for the development of economic activity. It was the valley of sawmills and mills, with the Ruše or Lobnica water timber slide or “riža” and with developed glasswork and blacksmithing. 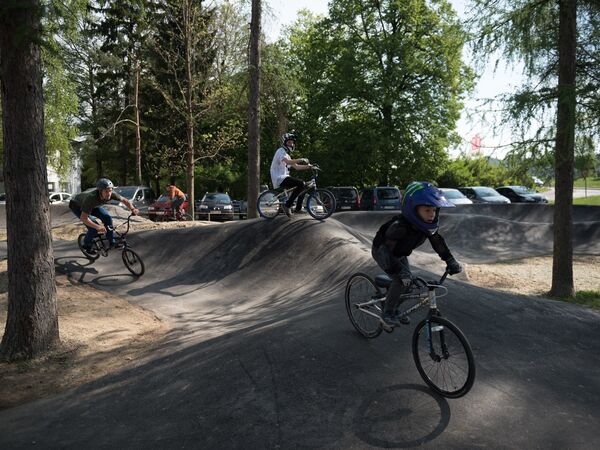 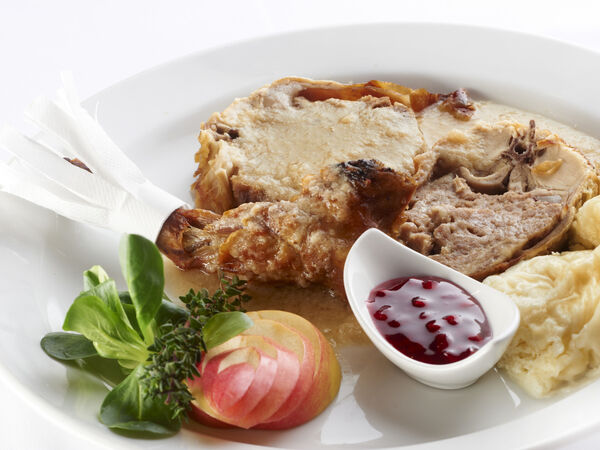 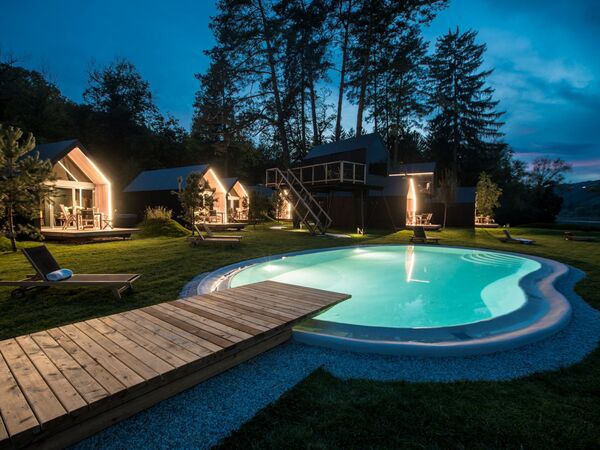 Chocolate Village by the River 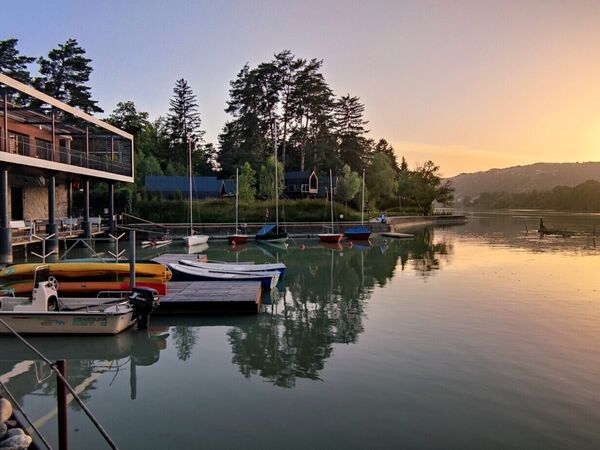 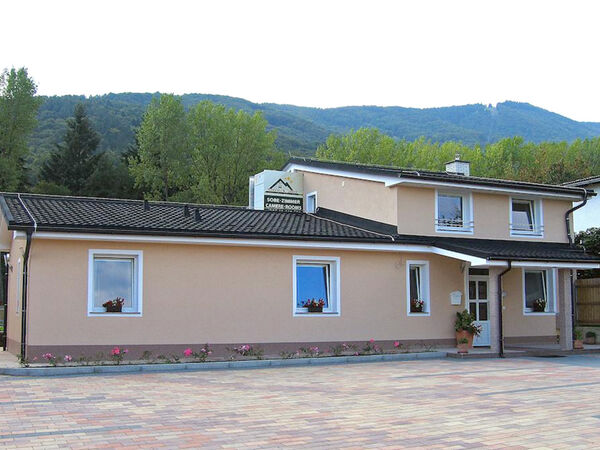 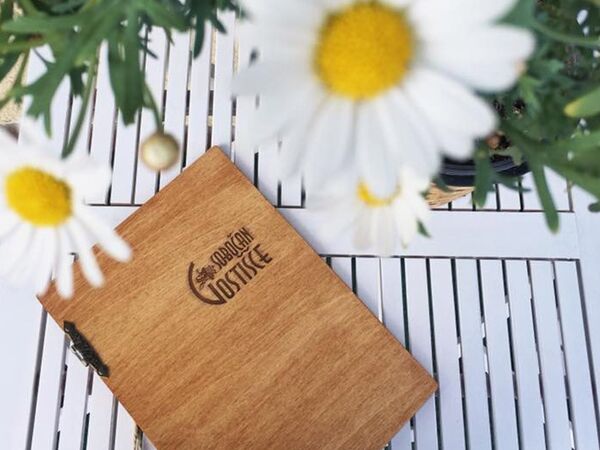 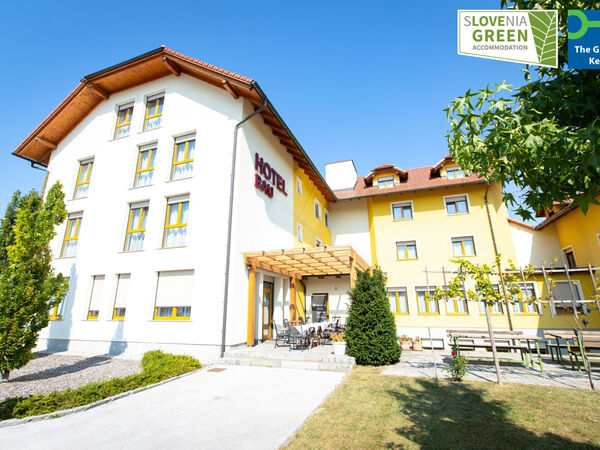 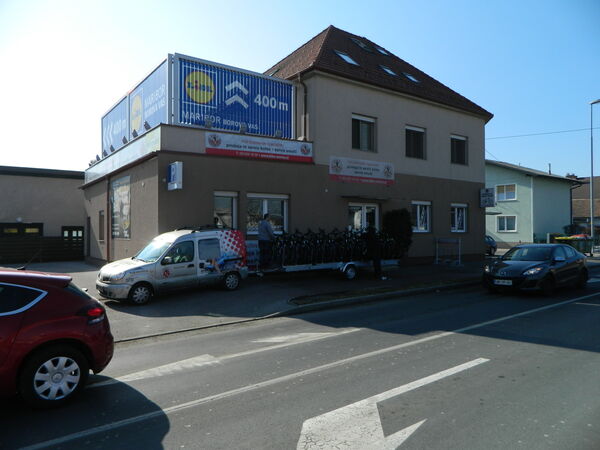 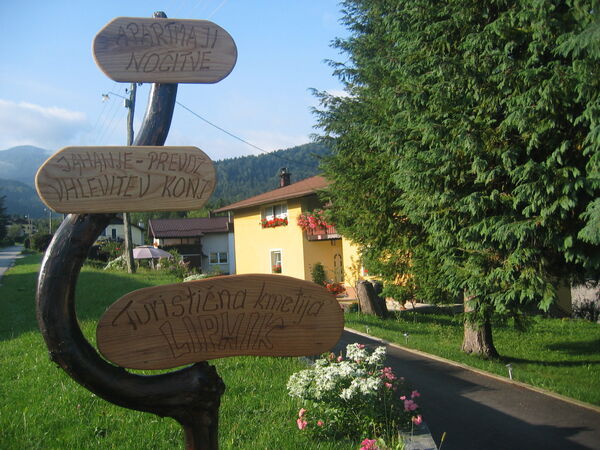